Convector radiators are any radiator that is built to focus on convection heat rather than simply letting the heat radiate outwards. This is achieved by 'sandwiching' layers of fins between panels in various arrangements. If you're thinking of buying a convector radiator, this article will explain all you need to know.

Every radiator is essentially a hollow conductive tank that's fed water from one side and drains from the other side. Once you click your central heating on, they heat up from the inside and radiate that heat outwards into your home.

Flat-panel radiators, are your basic rectangular metal tank and are likely a couple inches thick and a metre or so in length. They're skinny, hence the 'flat' name, and are the simplest form a modern radiator can take - from which all other radiator designs build upon. They still use convection to heat, however they're not strictly convection radiators. Flat panel radiators are a popular, slimline solution to heating a room. So if you're after something slim, maybe consider a flat panel. 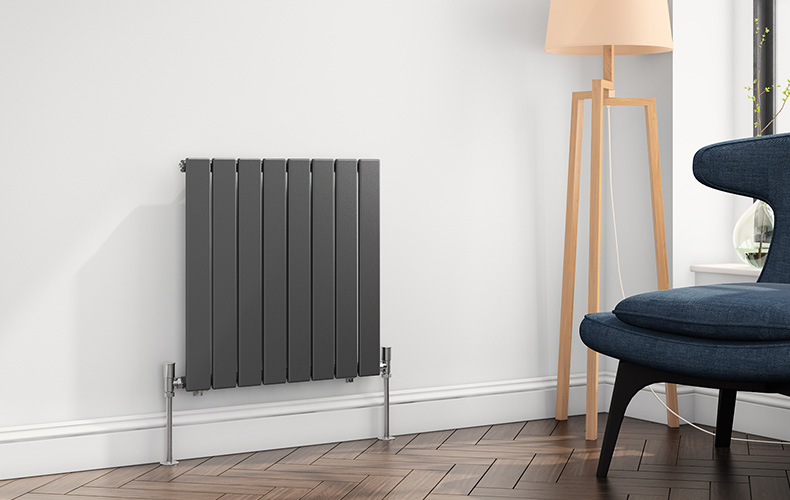 The main difference between a flat panel radiator and convector radiator is the added bonus of a layer of metal radiator fins that are all heated evenly to produce more heat.

By bolting a zig-zag layer of metal fins behind the radiator, it creates a considerable amount of surface area to your metal tank which means that more heat is pulled away from the radiator by air currents. This happens through convection heating. 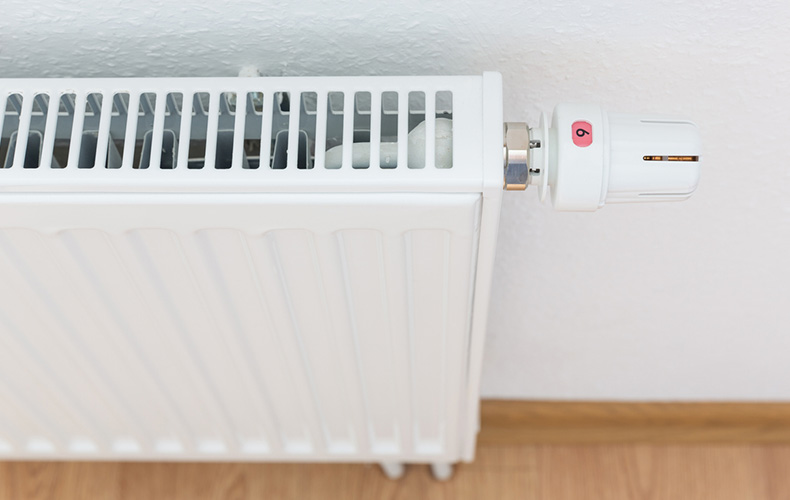 What is Convection Heating?

Since gaps between the radiator fins are purposely vertical, and this cleverly-compact-yet-wide surface area is contained between the wall and the panel(s) of your radiator, this means heat can only travel upwards, with the cold air that's fallen to the bottom of the room being drawn up into the bottom of the radiator - air currents created by nothing more than airflow caused by heat rising.

All radiators heat the cool air at the bottom of the room, which rises upwards as heat to create a constant, rotating flow of cool air going in and warm air coming out. But, not all radiators are called 'convector radiators'. That's because radiators just let convection happen, whereas convection radiators encourage it.

All radiators heat using convection, and they also 'radiate' that heat sideways. Which is fine. Convector radiators do that too. And if you like to sit right next to the radiator then you'll feel the benefit. But, it's less effective for evenly heating larger rooms. Convection radiators use their sandwich-shape design to better funnel rising air as it heats it, constantly channelling it upwards to keep a constant rotation going.

What are the Different Types of Convector Radiator?

Note: The below list of convector types assumes a similar width and height throughout. Because obviously, in theory, a single panel convector radiator the size of the entire wall would heat better than a double panel the size of an A4 piece of paper, but we're keeping the width and height the same, and simply changing the amount of panels, convector fins, and overall depth.

If you're looking to heat a relatively small room quickly then they're ideal. You can also get them in fairly long sizes too, making them a good choice for hallways and corridors to strike a balance between size and heat output.

The double panel plus convector radiator, AKA a 'P+' or 'Type 21' radiator. It's literally a single panel radiator with a second panel added at the back; sandwiching the single layer of convector fins between the two panels. Though the fins are only directly connected to a single panel. This results in a much thicker radiator than the single panel counterpart, but of course the BTU is increased substantially.

This configuration of convector radiator is still relatively slim, and can comfortably fit in even small rooms.

The double panel convector radiator, AKA the 'K2' or 'Type 22' radiator. Two layers of convector fins sandwiched between two single panels. Each panel has its own set of fins for a whole lot of surface area and a whole lot of heat.

Ideal for heating medium to large rooms. They're generally quite thick, but relative to the heat output they provide they're saving you a lot of room in terms of width and height.

Double panel double convection radiators. 3 layers of convective fins mounted between 3 radiator panels. It's essentially a double panel convection radiator with a single panel Type 11 added to it. If you've been paying attention you know all about this radiator already. It's far thicker than your usual radiator, and it's far, far more powerful.

How to Choose the Best Convector Radiator

Bleeding is the process of removing air from your radiators. Air reduces the ability of water and heat to flow evenly around your radiator so regular bleeding is important.